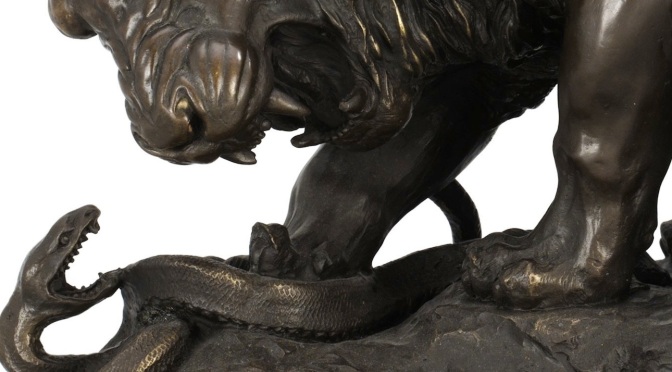 Montagues and Capulets in Romeo and Juliet.

Charles and Adam, Caleb and Aron in East of Eden.

Hatfields and McCoys in real life.

Cain and Abel in Genesis 4.

Throughout history there have been longstanding conflicts between families—between generations born within those families. In a way, this repeated pattern has shaped all of human history, for it goes all the way back to the very beginning, when God promised there would be enmity between the offspring (“seed”) of Eve and the offspring (“seed”) of the Serpent. This “seed conflict” has been playing out ever since, and it shapes the next step in our analysis of OT holy war.

This is the third post in an ongoing series about the holy war (cherem) of the OT, particularly focusing on the conquest of Canaan:

In the prior post I established that the command for the Israelites to engage in this holy war was rooted in the covenant (specifically Exodus 23 and Deuteronomy 7), which is significant for how we understand its fit within the purposes of God. In this post, we will rewind to Genesis 3 to understand how the very first instantiation of the covenant of grace sets the stage for understanding the conflict between the sons of God and the sons of Satan, of which the holy war is a specific case.

It is common among those who attempt to provide a solution to the conundrum of the holy war to make appeal to one or more of these three points:

It is very much true that the holy war is related at least in part to these three points. And each of these reasons bears witness to the truth that, regardless of the ethics of the Holy War, the biblical narrative presents it ultimately as God’s “will and purpose,”[1] as indicated by the repetition of “I” and “I will” in the text (at least 16 instances in Exod 23:20–33).

It is important, however, to view Holy War in a broader redemptive-historical context, which, as will be argued, it clearly occupies in the Mosaic texts. Each of these reasons are but pieces to a larger, integrated understanding of the place the Canaanite conquest in God’s salvation acts for his people. Yawheh’s war over the promised land is, in effect, a dramatic religio-political continuation of the bloody, cosmic conflict between the redeemed and the wicked that was already taking place in both the spiritual and earthly realms before the Exodus 23 command was revealed: that is, the conflict between the “seeds.”

Briefly stated, “seed” theology organizes the events of redemptive history around the conflict that God announced to Satan in Gen 3:15:

The seed of the woman (“her offspring”) represents the redeemed line, namely, those who are part of the people of God. This line culminates in the Messiah, Jesus Christ, as we learn in Gal 3:16 (“It does not say, ‘And to offsprings,’ referring to many, but referring to one, ‘And to your offspring,’ who is Christ”).

The seed of the serpent (“your offspring”) is the wicked line of Satan, namely, those who are not part of the people of God, those who are consigned to destruction because they are enemies of God. 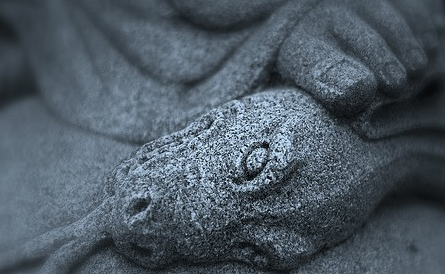 Genesis 3:15 anticipates that these two “seeds” or lines will be engaged in mortal conflict throughout time until the “he” (Jesus) comes who will bruise/crush the serpent’s seed for good.

This “seed conflict” is a major organizing framework from Genesis onward,[2] manifesting itself throughout the OT:

The key instrument through which God directs this war is, somewhat surprisingly, the very Covenant of Grace  of which Gen 3:15 itself constitutes the first administration, the Adamic covenant.[3]

In this stage of the covenant, God promises to redeem the good seed and judge the bad seed. He promises that, though Satan and his seed will attack his chosen people (the seed of the woman) throughout time, God will ultimately send a “he” (the seed) who will be victorious.

In a stunning way, God promises that there will be enmity—which will always be under his control—but also promises that he will provide the seed who will overcome this enmity in victory in the end.

Thus, all the elements of holy war are unified—and justified—in the fact that the conflict between Israel and the Canaanites actualizes God’s gracious covenant, whereby he is redeeming one seed and defeating another.

Seed theology, with the covenantal administrations that unfold as part of it, is the key interpretive framework for understanding the conquest. Thus, in subsequent posts we will next look at how this seed conflict relates to the next stages in the outworking of the covenant of grace: the covenant with Abraham, with Moses, and the new covenant with Christ. We will see that the holy war with the Canaanites, which was kicked off, as it were, with Gen 3:15, is also intimately related with these other stages of the covenant.

Connecting to the pew

It is right within Reformed circles to make much of Genesis 3:15. It is often called the “proto-euangelion,” the pre-gospel or the first gospel announcement in the Bible. It is the beam of hope that shines into an eternally dark situation brought about by the fall of Adam. It shapes the rest of the entire Bible. So for good reason we make much of the hope found there: a Seed will come to redeem us from sin and Satan’s affliction.

But we often forget the first clause of the verse. Woodenly in Hebrew it reads “enmity I will put.” Yes, God is promising the solution. But we need not forget that he also claims that he is sovereign over the enemy conflict that will take place between his beloved people and the children of evil. He is not taking the blame for the sin that leads to this enmity (that was Adam’s responsibility), but he is making a profound theological statement about his relationship to this seed conflict. He is the one who has, in some way that is impossible for us fully to understand, put the enmity between the redeemed seed and the unredeemed seed. The battle between good and evil is not subject to randomness, chaos, chance, or fate. It is subject, rather, to the wisdom and purposes of God, who is directing it to his designed ends: namely, the redemption of the elect and renewal of the cursed creation.

So when we see this seed conflict play out today—from our own sins, to our family conflicts, to big theaters of warfare—we should flee to the Lord God who himself “placed this enmity” and is directing it to accomplish his purposes … even if we do not understand how.