Today, Will Ross and I announced our forthcoming book, A Book-by-Book Guide to Septuagint Vocabulary, which hits the shelves in a few weeks. This book is aimed at students who have learned some beginning Greek (typically for NT studies) and want to branch into the Greek OT (commonly called the Septuagint).

You can find out more about what the book entails by visiting the post below!

We are pleased to announce that our new book, A Book-by-Book Guide to Septuagint Vocabulary (Hendrickson), is releasing in the coming weeks. It is currently on pre-order sale for 50% off as well!

This book fills an important gap in the market by providing a tool to help those reading the Septuagint “get up the learning curve” with Septuagint vocabulary. Surprisingly, there’s no comparable resource out there in an accessible form.

The book consists of 28 chapters that present vocabulary lists for specific sections of the Septuagint corpus. Within each chapter, vocabulary is arranged according to frequency for that section of the Septuagint, which allows users to focus on the most important words (by frequency) within sections of most importance to them. Each list consists of twenty words, which we deemed to be an ideal size for memorization. And each chapter includes enough lists (typically over a…

What comes to mind when you think of Job?

Probably his innumerable sufferings, his insufferable friends, his desire to speak to God, and his dust-and-ashes when God speaks back.

But what probably does not come to mind is this:

END_OF_DOCUMENT_TOKEN_TO_BE_REPLACED

A few months ago I saw an advertisement for the fourth edition of Bill Mounce’s Basics of Biblical Greek. I had learned Greek during seminary on the third edition of Mounce (with the “Professor” clippy thing and other foibles), and it is the edition from which I have taught for a few years at RTS-Orlando. With syllabi due for my summer courses, I knew I had to develop a perspective on the new edition as quickly as possible in order to decide whether to upgrade (and assign it to my incoming class).

END_OF_DOCUMENT_TOKEN_TO_BE_REPLACED

Over at our church website, I have written a reflection on the significance of Mother’s Day (coming up this weekend!) for the entire body of Christ.

As a “life-stage” holiday, Mother’s Day is often a difficult time for many women (and men) in the church. But wherever someone is in life (a bereaved mother, a single mom, a single woman, an adoptive mother, etc.), Scripture has a clear voice that bestows enormous dignity on wherever God has you right now. Mother’s Day, by the logic of the kingdom of God, is for all women: for all ultimately become spiritual mothers within the church body.

END_OF_DOCUMENT_TOKEN_TO_BE_REPLACED

Among scholars and laypersons alike, it is often though that Jesus was simply a human prophet or even failed apocalypticist. Maybe the Messiah of Israel, too. The idea that he is fully divine came into the picture later, as numerous Greek or other pagan influences infiltrated the church. Such is the thesis behind, say, Bart Ehrman’s How Jesus Became God. The culmination of this process, so the theory goes, is the Council of Nicaea (325AD), which produced the Nicene Creed affirming the full deity of Jesus.

But are there reasons to question this paradigm? I would argue quite strongly “YES!” The idea that the full divinity of Jesus didn’t just evolve at Nicaea but is found throughout the NT documents (and the OT as well) was central to my doctoral work and other research/teaching. In this short video that is part of RTS’s #WisdomWednesday series, I articulate a few of the reasons why.

END_OF_DOCUMENT_TOKEN_TO_BE_REPLACED

Over at the River Oaks Church website (where I serve as Associate Pastor), I have written up a fairly detailed examination of the historical reasons why it is rational to believe in the bodily resurrection of Jesus.

It is well-known that only the NT and Christian sources indisputably record the claim that Jesus was resurrected from the dead. While many secular sources affirm his existence and his death, they are silent — apart from the disputed Testimonium Flavianum (attributed to Josephus) — on the empty tomb.

END_OF_DOCUMENT_TOKEN_TO_BE_REPLACED 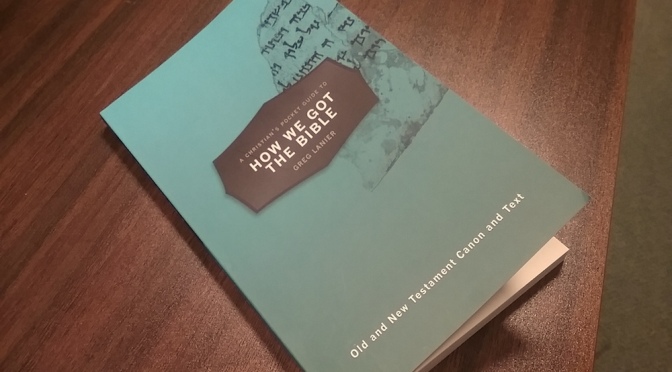 In late 2018 (in the UK), Christian Focus released my short book entitled How We Got the Bible. It is part of their “Christian Pocket Guides” series of books that target an educated layperson / pastor / student audience with accessible but still academically-rich content.

In this short volume (~107 pages), I try to distill down to the essentials the vast landscape of issues pertaining to how Scripture came together and made it to the present day church.

END_OF_DOCUMENT_TOKEN_TO_BE_REPLACED

Several days ago I attended the annual meetings of the Evangelical Theological Society (ETS) and Society of Biblical Literature (SBL), held this year in Denver. For those who are unfamiliar with these conferences, they (along with a few others that meet at the same time, such as AAR and IBR) are essentially the Comic-Con of the biblical studies world, only without the costumes. I don’t know the numbers for this year, but in years past the ETS meeting has had ~3,000 attendees and SBL ~10,000.

When I was a postgraduate student, these two conferences were primarily a means of networking, which brought with it the scholarly insecurity related to finding a job. But this year, now that I’m happily employed at RTS, the conferences were much more about catching up with old friends and learning a few things along the way (the same was true last year, but this year proved to be even more personally enriching).

Amid various events, lunches, dinners, and long conversations with old pals, I also made three presentations (2 at ETS, 1 at SBL), each of which—consistent with a theme of my research over the past several years—related to the Septuagint, or Greek Old Testament. The run-down of each is below, for those who are interested.

END_OF_DOCUMENT_TOKEN_TO_BE_REPLACED

Will and I discuss further details about our Septuaginta: A Reader’s Edition in this interview over at the Hendrickson blog. 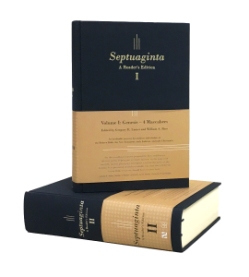 As the publication date for the Septuaginta: A Reader’s Edition and the academic shows approach, we’re excited to reveal to you this exclusive Q&A with the editors: Will Ross and Greg Lanier. The pair has exciting background information on the LXX to share, along with helpful advice for those of us who are intimidated by the idea of reading the Old Testament in Greek. Enjoy!

1. What made you decide to create Septuaginta: A Reader’s Edition?

Greg: We were both early in our PhD work and had benefited from other similar “reader’s editions” (for the Hebrew Bible and Greek NT), which helped us develop our abilities in the languages and our familiarity with the Scriptures. After SBL in 2014, we exchanged emails that amounted to, “Why hasn’t anyone done this for the Septuagint? Why not us?” We reached out to a few people to start the process, and we…

As early-career scholars, we have been influenced and inspired by a variety of senior scholars whose work has shaped ours in many ways. We were excited to reach out to many of them with a request to look at a sample of Septuaginta: A Reader’s Edition and share their thoughts. The volume itself will ship with the endorsements from Dr. Jobes and Dr. Aitken. But we’ve received several others in the meantime, which we’ve provided below. The full list can be found on the Endorsements page.

Many thanks to you all for your kind words! 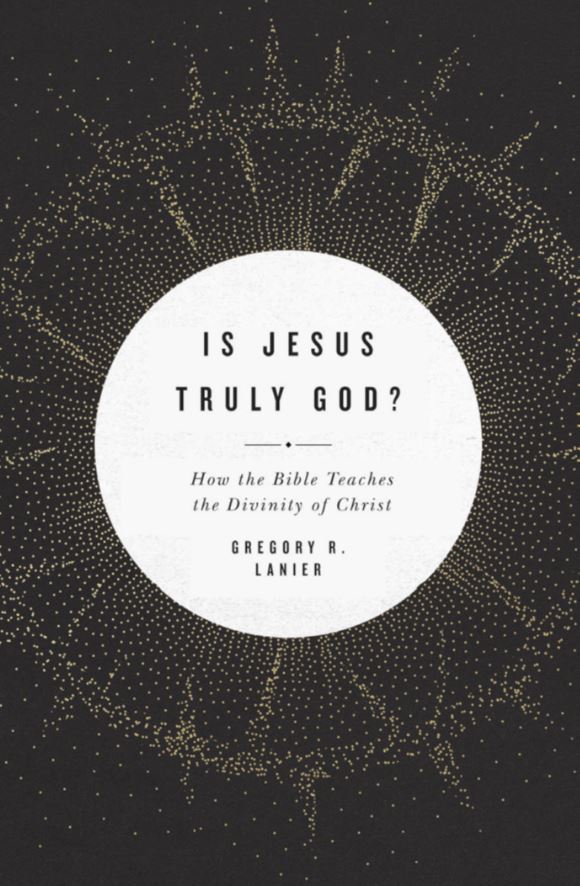 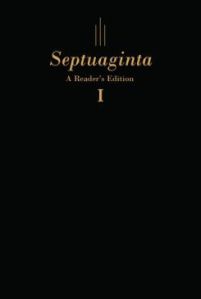